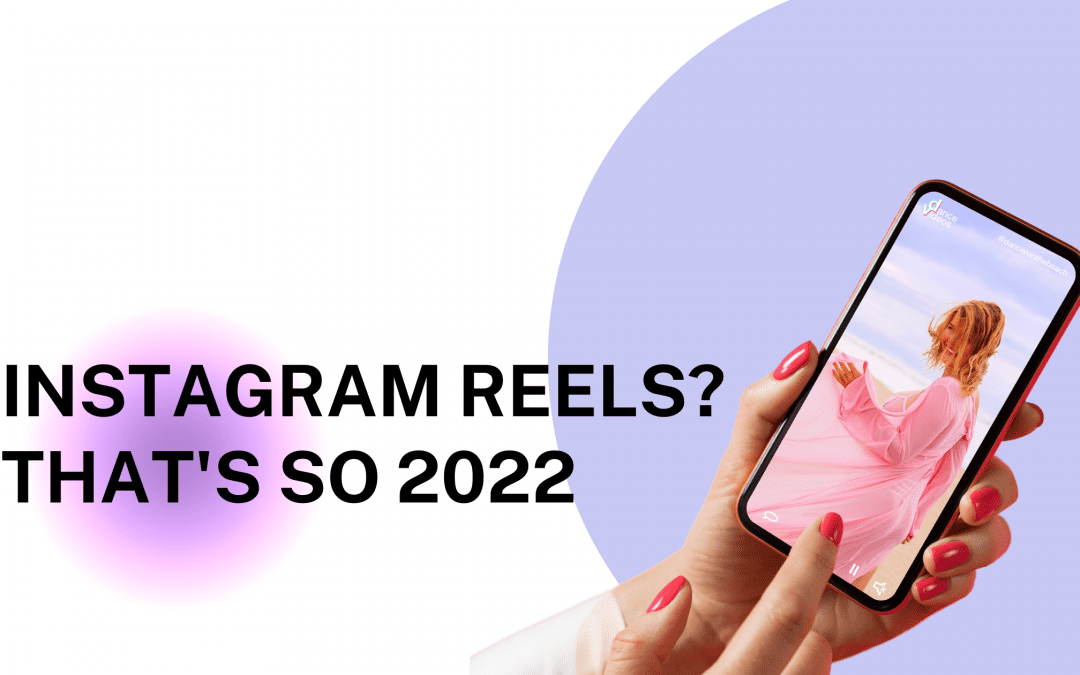 You’ve probably read it more times than you can remember. Businesses need video content on social media, video is everything, video this, video that.

If you’re just fleshing out a content plan or have recently started ramping up your social media presence, I wouldn’t blame you if it all felt a little daunting.

But it doesn’t have to be that way. There are a few things to remember but really, video is achievable and can be simple enough to integrate into your planning.

Instagram has ushered in a whole lot of changes since video-based platform TikTok started building its 1.5 billion user following.

They say imitation is the greatest form of flattery. Instagram is fully aware of how big TikTok is and can be in the future and that’s why there are countless examples of how Instagram has ‘TikTokified’ it’s platform.

The first instance came in 2020 when Instagram launched reels – an algorithm-driven vertical video feed in which users swipe up to scroll – as their answer to Tiktok’s surging popularity.

There have been other instances where Instagram has grabbed ideas from TikTok too. They introduced a feature called remix, which is basically TikTok’s duets feature in disguise.

Reels were initially just 15 seconds long but soon pushed out to one minute, following TikTok and then out to three minutes again on the heels of Tiktok.

Voice and speech features also came in 2021 after they came about on Tiktok.

Finally – Instagram appears to be experimenting with a ‘just watched’ feature on grid display, another copycat from Tiktok.

It’s hard to say what the next update or change to reels will be, but it’s clear the former photo-sharing platform is now moving its focus to video. Instagram boss Adam Mosteri has made no secret of this.

“We’re no longer a photo-sharing app,” he said.

He hinted the platform would test “full screen, immersive, entertaining, mobile-first video” in the early stages of 2022.

So what does this mean for you? Video is now a non-negotiable when it comes to social media given the importance of Instagram to ecommerce.

You can’t argue with that – the numbers speak for themselves. A huge portion of not only social media users but the world’s population are seeking out video content.

No longer are audiences (or platforms) satisfied with just images. Integrating video content into a strategy is essential to get the results you’re looking for.

Studies from Insivia have also shown Viewers retain 95% of a message when they watch it in a video, compared to 10% when reading it in the text.

It’s clear – video is the way of the present and future.

Video doesn’t have to be perfect or costly!

Don’t feel like you need to be producing a feature film to use video content effectively. Short, snappy and simple videos filmed on iPhone can be fantastic and effective.

Platforms like Tiktok and Instagram have built in and basic editing software which can help you put a snazzy transition in or music over the top to really jazz things up.

Practice makes perfect and you’ll be a pro in no time.

Items like ring lights, tripods, portable chargers are all tools which can help your iPhone or Android phone videos go up a notch and are well worth a small investment if you’re serious about integrating video into your content stream.

Like it or not, video is here to stay and embracing it is going to be so important for small/medium businesses’ success online in 2022. Get in touch with us at hello@shinecommunication.com.au if you need a hand stepping things up this year!